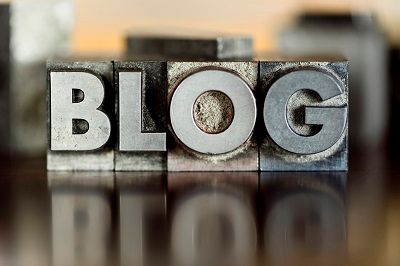 How a fresh approach improved diversity at Network Rail

Network Rail increased the female representation of its workforce by 100% and BAME results were five times greater. Ben Hutchins from Amberjack shares how.

Network Rail runs the fastest growing railway in Europe and with demand set to double in the next 20 years they’re working on the biggest upgrade in over 150 years. Their customers and the communities Network Rail work with are truly diverse but the organisation is just 16% female and 6% from minority backgrounds. As a result, Network Rail knew they needed to drive diversity, and a partnership with Amberjack fused the know-how, and ambition to make this vision a reality.

Network Rail has a complex early talent landscape hiring over 500 graduates and apprentices across 11 functions in 69 different locations each year. The minority groups Network Rail were most keen to increase representation from were females and those from BAME backgrounds but they also wanted to give all graduate applicants, regardless of background, the best possible chance to succeed.

Any impact Network Rail made in attracting graduates from minority groups was undermined by a process that had significant levels of bias. So it was clear from the start that the selection process needed to be transformed. Amberjack’s in-house team of Occupational Psychologists validated the selection process and improved it. Pioneering Future-Focused-Scenario-Based Questions provided a more realistic role preview together with better identification of future potential. Diversity barriers in the selection process were removed, the SJT was remodelled, and new gamified tools introduced to improve candidate engagement and efficiency.

As an output of the 2010 Equality Act, Positive Action has until now been considered impossible and too complex to implement in a volume recruitment context. But Amberjack’s technology and best practice approach made this possible and it had a significant impact on success.

The results are impressive. Recruitment targets were exceeded despite facing a graduate pipeline which, for many roles, was over 90% white male. In just five months over 10,000 candidate applications were proactively managed resulting in 185 graduate hires, of which more than half were for challenging engineering roles. Female representation was increased 100% on workforce levels and BAME results were five times greater. This demonstrated the impact of the improvements made to the selection process and the quality of the high touch campaign management that were delivered for this fast paced five month campaign.

Alasdair Waddell, Group Talent Acquisition Manager, Network Rail: “Our new approach has been hugely successful and its impact has been felt across the business in the makeup of the new hires we have made. It is innovative because we have taken a proactive approach to recruitment. The results we have achieved in partnership with Amberjack speak for themselves.”

To find out more read the complete case study.