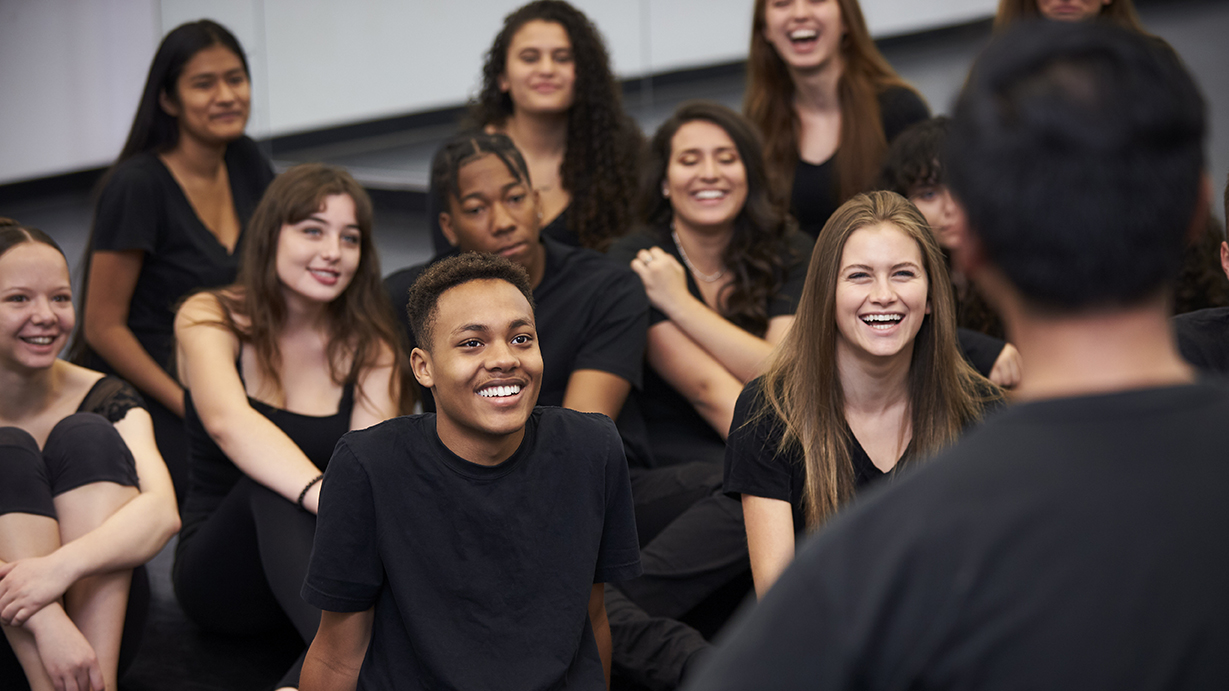 It helps to have more strings to your bow

A new research report from CRAC and the ISE finds that dance and drama graduates report having successful careers that make good use of their skills. In this post the report’s authors Tristram Hooley and Robin Mellors-Bourne reflect on what this means for our thinking about graduate success.

The image of the starving artist creating brilliant works despite the squalor of their surroundings is perpetually frustrating to those who train and practise as artists. Many would tell you that pursuing an artistic career shouldn’t exclude you from having a decent life and that ultimately art thrives where it is appropriately resourced. But it is equally true that pursuing a career in the arts is rarely a short cut to a high salary.

Why not ask the artists?

We decided that it was time to talk to the graduates themselves and find out more about their careers and whether they felt that they were successful. In the report, entitled It helps to have more strings to your bow, we found that graduates from performing arts and arts production courses were positive about their degrees and about the careers that they had pursued since leaving higher education.

Almost 90% reported that they maintained a connection to the artform they had studied (through paid or unpaid activity) and 4 out of 5 feel that they have built a good career since they graduated (and the same proportion that their course contributed positively to this) – most are, in many respects, highly satisfied with their careers.

Despite this, many reported relatively low salaries, especially in their early career years, and precarious working arrangements, often managing their career through portfolio working and the need to change career as the physical demands of their art (especially in dance) took their toll. These complex careers raise important questions about how we should define graduate success. If we use conventional metrics based on salary and occupational stability, we might be ignoring highly successful artists, who use every inch of their training and talent to work at the top of a field which sadly society does not reward particularly well financially.

The world of artistic careers may seem remote from the kinds of graduate recruitment usually discussed on ISE: Insights. But, reflecting on the findings of this report tells us a lot about what motivates people in their lives and careers. Of course, money and the ability to access the good life matter. But the performing arts graduates who took part in this research were motivated by the autonomy and creativity that their careers offered them. They relished the opportunity to exercise their talents and strengths, to follow their values and interests and to make a contribution to their community. These graduates contribute a lot and demonstrate incredible resilience because they are strongly intrinsically motivated. Student employers designing graduate programmes might want to think carefully about what they can take from this.

On the other hand, the creative and performance art sector has something to learn from more conventional graduate recruiters. Many of the forms of employment that are offered within the creative sectors are precarious and lowly paid with little or no attention given to career progression. One result of this is that much high-quality talent leaves the sector within five to ten years of graduation. Mainstream graduate employers are generally far more committed to retaining and developing the talent that they recruit and would be horrified by the levels of unmanaged turnover that appear to be common in the creative and performing arts sector.

This research reminds us that the shape of a graduate career that is typical within an ISE member is not typical across the whole graduate labour market. Many graduates in creative and performing arts disciplines look forward to a very different kind of career to those who enter graduate programmes. But we think there is enormous value in graduate recruiters looking at how graduate careers work in very different sectors and hope that this report opens up the life of another sector in a way that might offer insights that can be used more widely.

Download ‘It helps to have more strings to your bow’. Exploring the careers and success of graduates of the Conservatoire for Dance and Drama