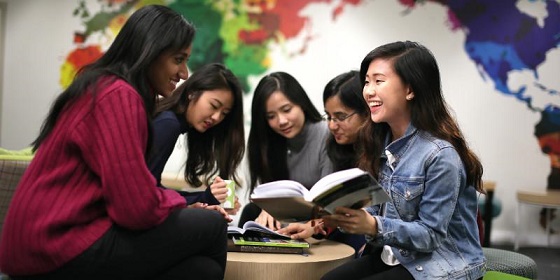 How are employers going to be able to find the international talent that they need after Brexit? Tristram Hooley, ISE’s Chief Research Officer, looks at some possibilities and offers members the chance to have their say.

The UK is about to make massive changes to its migration system. Following Brexit, the right to free movement in Europe is likely to be massively curtailed. Although, there are, of course, 50 ways to leave the EU, and at least some of them maintain some freedom of movement for workers, most options are likely to reduce the flow of labour. These kinds of changes will have substantial impacts for employers.

With so much negative debate about Brexit and migration, it is easy to forget that most employers rely on substantial numbers of migrant workers. Panic about ‘too many migrants’ might easily leave us in a situation where there are ‘not enough’ to fill the jobs in the economy. What is more, the debate often misses out on the bureaucracy and challenges that are associated with managing migration from outside of the European Union. You only need to look at the warm welcome that employers gave to the recent relaxation of the student visa system to see that employers are looking for an open, flexible and, above all, simple system.

There is a real danger that post-Brexit the need for migrant labour cannot be met. If EU nationals can no longer work in the UK there are likely to be some big gaps to fill. Thankfully, the government is aware of this problem and has tasked the Migration Advisory Committee (MAC) to come up with a way forward.

The favoured option at the moment is what is often referred to as an ‘Australian points based system’, but, at the moment, this is largely short hand that covers a lot of options. Points based systems offer countries a way of deciding who to admit based on their characteristics e.g. educational qualifications, language proficiency, work experience and occupation. Canada, Australia and New Zealand all have versions of points based systems, and the differences between them show how we can design them differently. For example can a lot of points in one area (e.g. qualifications) make up for less points elsewhere (e.g. language).

At the moment, like most countries in the world, we use an ‘employer-driven’ work-visa systems. In employer-driven systems, prospective migrants must have a job offer lined up with an employer who is willing to sponsor them before they are allowed to migrate. On one hand this kind of system means that all migrants directly meet a labour market need, but on the other it places a burden on employers and operates on a case-by-case basis rather than a more national and strategic basis. The Migration Observatory at the University of Oxford has lots more detail on the different options for those who want to find out more.

The Migration Observatory at the University of Oxford has lots more detail on the different options for those who want to find out more.

One of the ISE’s concerns is that the position of entry-level students and the employers who are recruiting them will be missed in the debate. Because of this we have agreed with the Migration Advisory Committee (MAC) that we will submit a response to their current consultation on the future of the system.

To inform our response we are conducting a short survey of members. We would be happy to receive responses from employers, educational providers and suppliers. Please spare ten minutes to complete this survey by 11 October.

It is really important that those who are directly involved in the student labour market have the opportunity to comment on changes to the migration system. We are about to go through a major social and economic change. This survey offers you an opportunity to have your say and to make a difference to how the future of the student labour market unfolds.