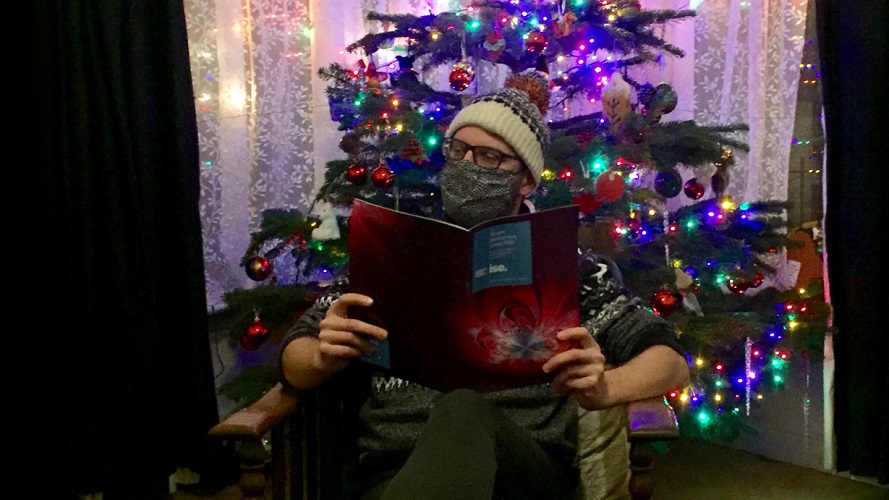 A mulled whine: The 5 worst things to happen to student recruitment and development in 2020

Everyone knows that 2020 has been a terrible year. ISE’s Tristram Hooley counts down the 5 worst things to happen to student recruitment and development during the year of Covid.

Are you hanging up your stockings on the wall? Are your chestnuts roasting on an open fire? Or has 2020 turned you into a Grinch?

Looking back at ISE’s research over the last 12 months, here are some of student recruitment and development’s lowlights to ensure that you remember why it is important to take a break this Christmas.

Barely scraping into my list is the issue that everyone thought was going to define 2020: Brexit.

Remainers entered the year despondent, while Leavers were jubilant. But regardless of what side you were on most people agreed that leaving the European Union would cause at least some short-term economic shocks. But, student employers told us at the start of the year that they were cautious but not unduly concerned about the post-Brexit economy.

As the year has gone on, Brexit has been rather dwarfed as an issue with only 18% of graduate employers reporting in our annual Student Recruitment survey in September that it would have a negative impact on their recruitment over the next five years.

The Governor of the Bank of England tried to sound the alarm saying that a no-deal Brexit would lead to long-term damage to the UK economy, leading to Boris Johnson taking charge of the negotiations to put everyone’s mind at rest. As we go to press on this, Johnson and von der Leyen are still ‘going the extra mile’ to get a deal.

Remainers continue re-moaning and even some ardent Brexiteers have fallen out of love with the deal (or no deal) on offer. But the fact that Brexit is continuing to contribute to economic uncertainty, and that it has been so stubbornly difficult to ‘get done’, justifies its place on this list whatever your political persuasion.

After years of moaning about driving up and down the M1 and setting up stands in university sports halls, employers had the opportunity to try doing things another way. But, it seems that shifting graduate recruitment fully online in the middle of a pandemic has not been straightforward.

The ISE community has been abuzz with debate and advice on making the virtual careers fair work effectively, but there is still a lot of learning to do. We put together the It’s Virtually Autumn guide at the end of the summer to support employers moving into this new area. But, in our annual recruitment survey only 14% of employers reported that virtual careers fairs were one of the most effective ways to recruit.

Even with the vaccine rolling out, virtual careers fairs will be the only game in town for 2020/2021 and will probably still be around in 2021/2022. So, we are all going to have to learn to love them!

It is one thing shifting your recruitment processes online, but quite another to induct and employ new staff entirely virtually.

Looking back it is amazing to see how far we’ve come from talking about how to run virtual work experience programmes at the start of the lockdown to horizon scanning on the future of virtual internships by October.

A lot of the problems that emerged for interns were even more of a problem for the onboarding of new staff. Around a third (31%) of employers delayed the start dates for new hires while they mailed out equipment and induction packs and put in place virtual and socially distanced onboarding processes. ISE members explored the secret to first class virtual onboarding and how to avoid fatigue in virtual onboarding, but issues like how to best help staff to build a professional network or to assimilate into your organisational culture remain challenging.

Again, ISE members have led the way showing that it is possible to bring new staff onboard without ever meeting them face-to-face. But, a lot of us are still getting a bit sick of doing everything on Zoom!

So far, we’ve mainly looked at things that are annoying but manageable. But at number two on the list we hit the real problem for the student labour market.

The combination of the pandemic and lockdown has hit the economy hard. Organisations have been furloughing staff, dealing with lockdown and moving to home working as well as just generally trying to cope with massive change.

Redundancies have been rising and unemployment is starting to tick upwards. In times like this it is unsurprising if some choose to push the pause button on recruitment.

ISEs recruitment survey found that graduate recruitment had dropped by about 12%, while the number of interns and placement students has fallen by 29% and 25% respectively. Only school and college leavers seemed to have escaped the decline. Other research has highlighted that the fueled recession is likely to hit young people hardest and contribute to increasing a range of inequalities.

Nonetheless, we have been at pains to explain to the media, students and to the general public, that, while times aren’t good, student recruitment has not collapsed altogether.

There are still lots of employers recruiting and lots of jobs out there. Students would be advised to prepare for the worst but hope for the best – and keep on applying!

There are no prizes for guessing what come top. It’s Covid-19 baby!

The pandemic has hit us all hard. This post has just pulled out some of the worst effects for student recruiters. But there is so much more that I could have talked about: disrupted exams, the rise in mental health problems, the massive challenges faced by the retail, hospitality and travel sectors and of course the increase in illness and death. Across the year we’ve been documenting it in our Covid-19 bulletins, (37 issues at the time of writing this). As the Queen would say, this has been an ‘annus horribilis’.

But, there have also been some amazing upsides as well. Student employers, like everyone else, have innovated, learnt new technologies, developed new approaches and found a way to keep things going even when it seemed impossible.

What is more, people have come together to support each other and create new kinds of community. At ISE we’ve been impressed and humbled by the way that our community has reacted. Together we have coped and even thrived in the most difficult of circumstance.

So, enjoy your Christmas break. You’ve earnt it! We promise you that things are looking up. Next year we’ll have a vaccine, Brexit will finally happen, and we’ll all start climbing out of recession.

As D:REAM sung all of those years ago… things can only get better!