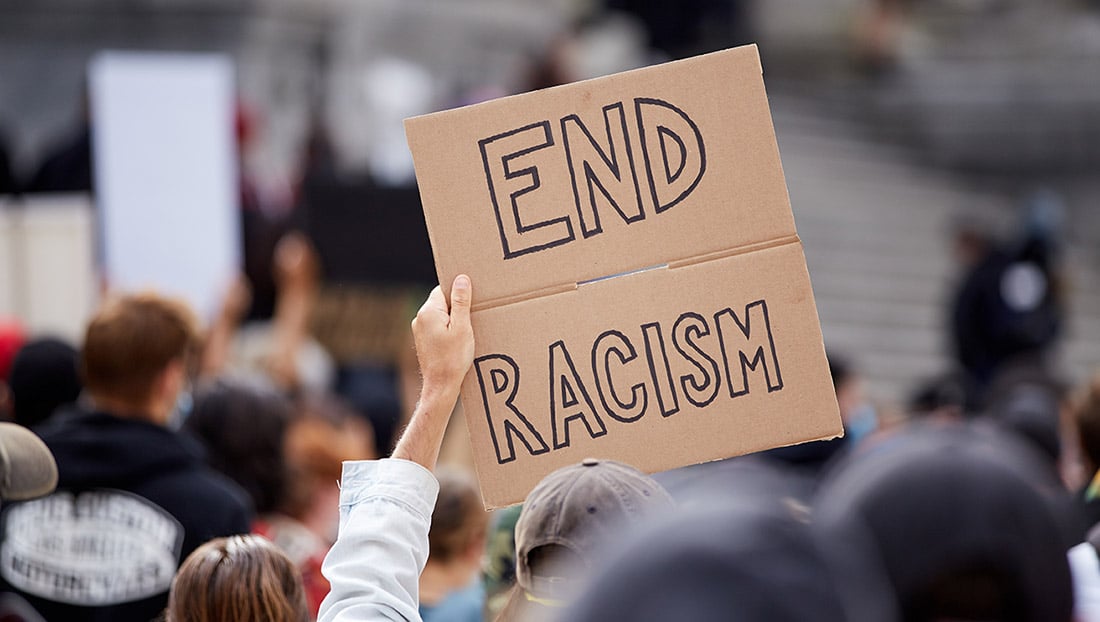 Racism is still a problem in student recruitment and development

In response to the government’s Commission on Race and Ethnic Disparities report, ISE’s Tristram Hooley asks whether we should still be worried about racism in student recruitment and development.

Most of the criticism of the report has not focused on its recommendations, but instead on the argument that it makes that ‘institutional racism’ does not exist in Britain. The report argues that racism is not the main cause of disparities between different groups. Rather disparities are caused by a complex set of factors including class, geography and the culture and family structures of ethnic minority communities.

To many the report seems to be exonerating the UK from dealing with racism and pushing responsibility onto individuals and ethnic minority communities. For critics the existing recommendations are too limited and the overall consequence is likely to be a long-term lack of action.

What is institutional racism?

The term ‘institutional racism’ is used to describe situations where organisations’ policies, culture and structures discriminate or disadvantage depending on ethnicity. The concept is important because it recognises that you do not need an individual to be actively racist, or even unconsciously biased, for racism to operate.

For example, an organisation where interns are all recruited through existing (white) employees’ social networks could be institutionally racist. If the approach to recruitment leads to ethnic, and social, reproduction, there will be a racist outcome without any individual employee needing to be a racist.

Many would argue that British society is also structurally racist. This is not saying that all British people are racists, but rather recognising that ethnic minority communities tend to be geographically located in certain areas, are frequently less wealthy and often concentrated in certain occupations.

Like many employer organisations, at ISE we were surprised to hear the Commission conclude that there was no institutional racism.

Many black and ethnic minority business leaders have expressed disappointment at the report, viewing it as a missed opportunity. Elsewhere Emily Róisín Reid and Sadie Chana of the University of Warwick have argued that the report misses clear evidence of institutional racism in higher education and graduate careers.

ISE has a long history of examining and challenging racism and racial disparities in early careers. Over the last year Stephen Isherwood has asked why ‘our sector has a problem with race’, Femi Bola has challenged us to think radically to recruit more black students and The Brokerage has set out 10 things that student recruiters can do.

These articles, plus the many events, webinars and campaigns that we’ve been involved with have sought to challenge complacency and recognise the various ways in which racism functions within student recruitment and development.

ISE data supports this concern and provides us with insights about what actions employers are taking. Our most recent recruitment survey shows that 47% of employers have got targets related to ethnic diversity as part of their recruitment strategy. It also shows that 82% of employers recognise that they need to do more to achieve an ethnically diverse and representative workforce.

Employers are taking the kinds of actions set out in the Sewell report like providing positive role models (41% of employers) and improving targeted marketing (45%). But, they also recognise the need for more structural approaches including changing the universities that they are recruiting from (46%), monitoring their own diversity (58%), engaging more diverse staff in assessment processes (46%) using contextualised screening approaches (21%) and moving to name blind (19%) and university blind (15%) recruitment.

Racism is still a problem in student recruitment and development

Like many other government reports, the Sewell report will lead to a few initiatives and then be forgotten.

I suspect that very few people will lament the passing of this report into obscurity. The idea that what the UK needs is a pat on the back for solving racism is a very dangerous one. The evidence in student recruitment and development is that racism, in its individual, institutional and structural forms is alive and kicking.

Thankfully, this fact is not seriously disputed within our sector. Employers, educators, representative bodies and individuals are trying to do something about racism. If anything, employers need to be challenged to think more institutionally about the way in which racism operates within their organisation, to overhaul recruitment processes and monitor the retention and wellbeing of diverse hires.

At ISE we pledge to continue to work with the government, employers and all other interested stakeholders to move this issue forward.